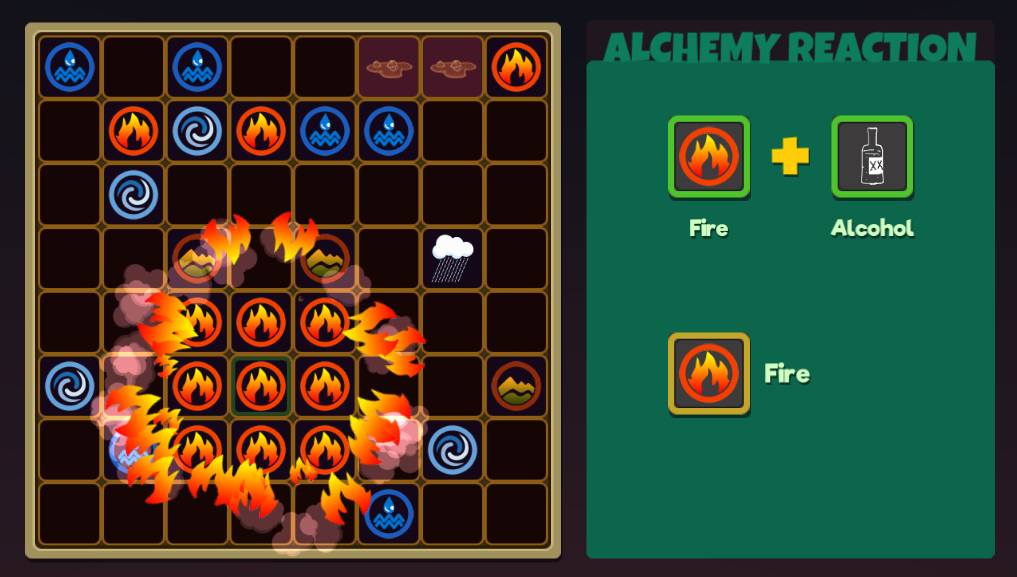 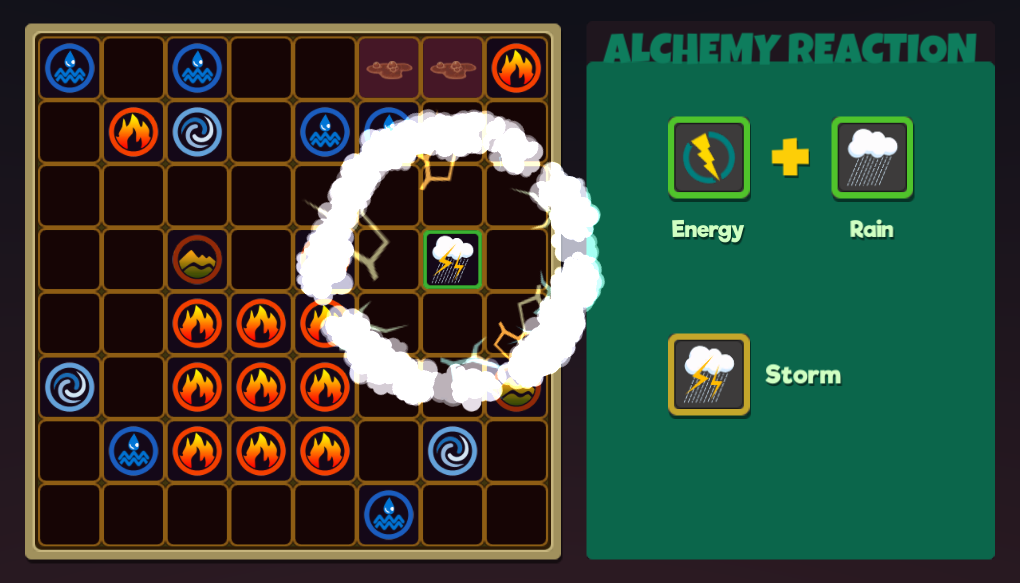 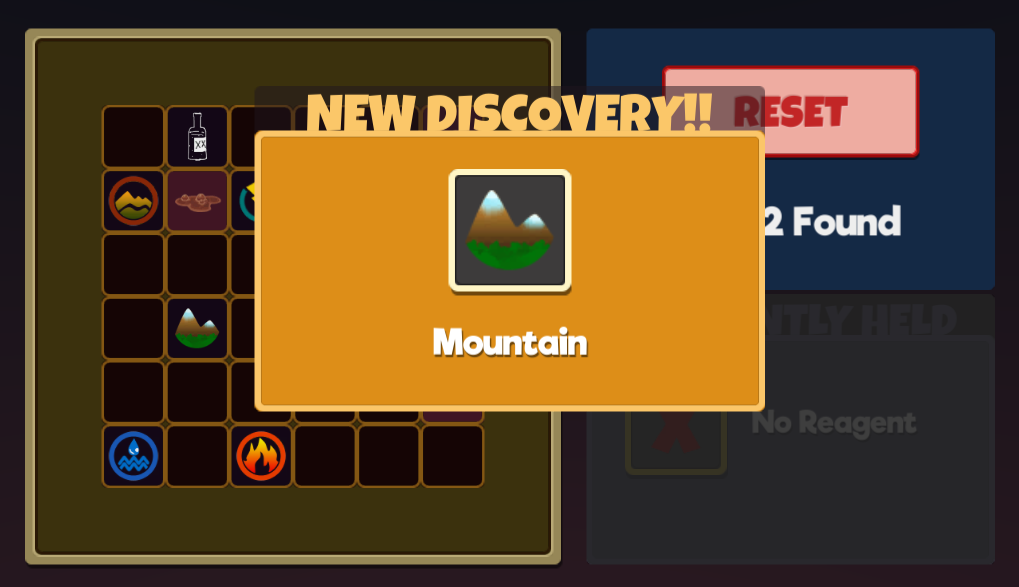 Combination of Alchemy and Match-X: Alchemy's combination mechanic and Match-X's grid positioning. Start with a big grid and just 4 basic elements (but a few of each in the first grid); combine reagents together by dragging a reagent to an adjacent square - arrows pop up where you can go.
It matters which way you react reagents: Add Water to Fire to make Steam, but add Fire to Water to make Alcohol (Fire Water ~ get it?)
Watch out - some reagents explode, some reactions create loads of the product, some reactions destroy everything around it and some reagents cannot be moved once they have been created.
When you run out of reagents or squares you can click Reset, which will clear the board and spawn new reagents from all the ones you've found so far - but each time you reset, the board gets smaller until you must either discover all the reagents - or concede.

I participated in this year's Global Game Jam, just for fun because I couldn't get to a venue for the event. I wanted this game to be playable without the need for language and I'm pleased at the feedback I got, especially from players whose native language wasn't english. The gameplay elements are fairly complex, but cliched enough to be intuitive. I was pleased to be able to produce the soundtrack in the time. 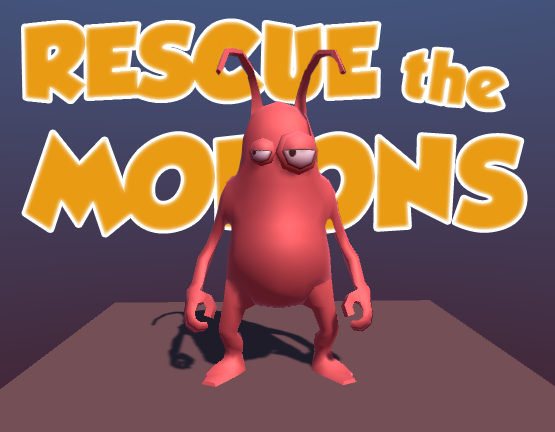 A single player game about teamwork. A platformer where you control a swarm of idiotic creatures - help them get through the dangerous landscape and escape on their rocket (bonus points for using the #LavaLamp). Rescue as many as you can!
Check out the selfie build to get up close and personal with these little critters.

The player is actually controlling an invisible pawn which cannot fall off the landscape. In turn the swarm of agents are all trying to follow the controller - but they can fall off the world!
I modified my Animation Tween classes to allow me to place the piston traps easily and adjust their force directions iteratively.

You are trapped inside a derelict spacecraft and must escape before your suit runs out of power. But something else wants your power too...
An atmospheric action puzzler with Skinner-Box controls >o<

I started out with the idea of a simple RTS Risk-like game set on a 3D planet.
The camera controls turned out to be a real problem due to X-Axis Gimbal Lock. But I did manage to overcome this with a neat solution (camera tracks an object on the sphere surface).
Unfortunately interuptions at home that weekend prevented me from completing the game-play coding in time so I quickly modified it to be a simple but fun planet generator toy.

Just moved house and started a new job so I didn't have as much energy for this jam. James helped again and we got a full game planned out, a few assets in place and most things worked in principle.

You are an action archaeologist exploring the ancient temple of Xolotl, God of Death and Prophecy. You find an artifact, a pair of jade glasses, which allow you to see your imminent death a few moments before it happens. Point-and-click style interface. Actions can be taken in various orders with differring results.
Get across the crumbling bridge.

Inspired by On's wonderful 'Grow' type games I made a very short but sweet 3D version. At the time there were numerous problems with a couple of conflicting versions of Unity's legacy Web Player and many browsers were failing to support the player so I played it safe with downoadables (Win PC & Android).

A fun little play around with some basic swarming AI ideas. Each villager agent has a basic path or position to occupy, if an agent sees you they will run to their home to arm themselves, telling others they meet about you. An armed agent will try get closer and attack you. Eat animals and people to heal and gain size: the bigger you are, the stronger you are, but you are also more visible. Get to the castle to win. Mouse & WASD to move (RMB to rotate camera independently from player).

This turned out to be more a click-through story than a game, but the story is themed around a game. The original plan was to include a few dice-game moments with a few outcomes for each game, but I didn't get very far with that. I built a virtual theatre stage with managed lighting rig and then spent the rest of the jam creating the actors and sequences. Music was donated by a friend's band.